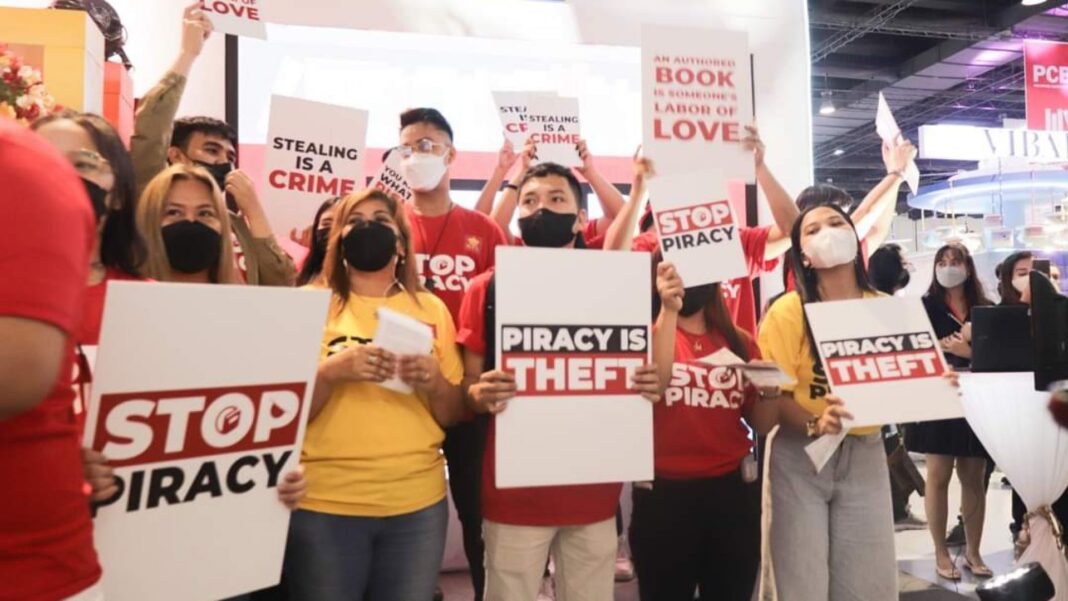 Piracy is theft; piracy is a crime. 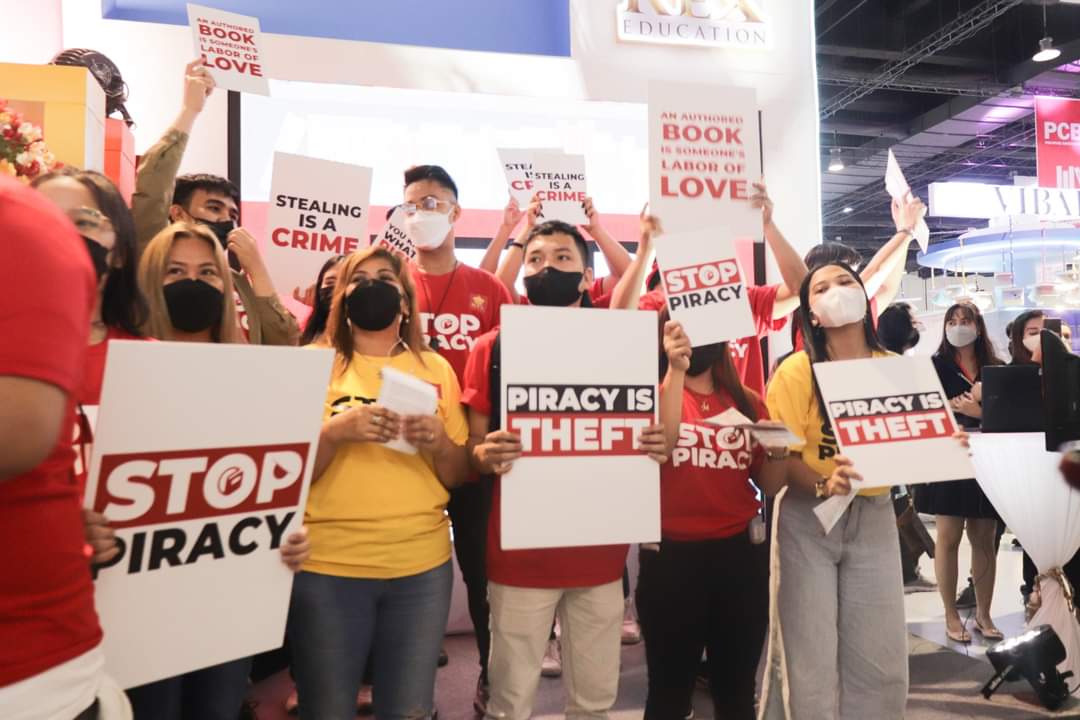 PIracy is theft; REX Education lsunched its anti-piracy campaign at the MIBF 2022.

In a bid to encourage consumers to stand against piracy, protect intellectual property, and support the local book publishing industry, Rex Education launched its anti-piracy campaign at the Manila International Book Fair (MIBF) 2022.

“After more than 70 years in the publishing industry, I can say that I am proud of the contribution and impact that every REX book has had in the lives of our learners. And we, at REX, would like to keep serving the Filipino learner through our learning materials—may it be printed, audio, or digital form. Through this anti-piracy campaign, we can keep the book industry flourishing and thriving. We can keep the passing of knowledge a sacred endeavor,” said Atty. Dominador Buhain, chairman of Rex Education.

Piracy is punishable by law
Educational book publishing is protected by Republic Act (RA) 8293, otherwise known as the Intellectual Property Code of the Philippines. Under this law, the unauthorized reproduction and distribution of books, audiobooks, and other printed or digital learning materials is illegal and punishable by imprisonment and fines of up to PHP 1.5 million.

However, piracy remains widespread in the country. According to the Intellectual Property Office of the Philippines (IPOPHL), they received a 25% increase in piracy reports from consumers and complaints from rights holders in 2021 compared with reports in 2020. General and educational books and e-books accounted for 49% of reports on piracy, suggesting that many learning materials are still being downloaded and distributed illegally despite the rise of legitimate e-commerce shops and the prevalent availability of e-books and audiobooks. 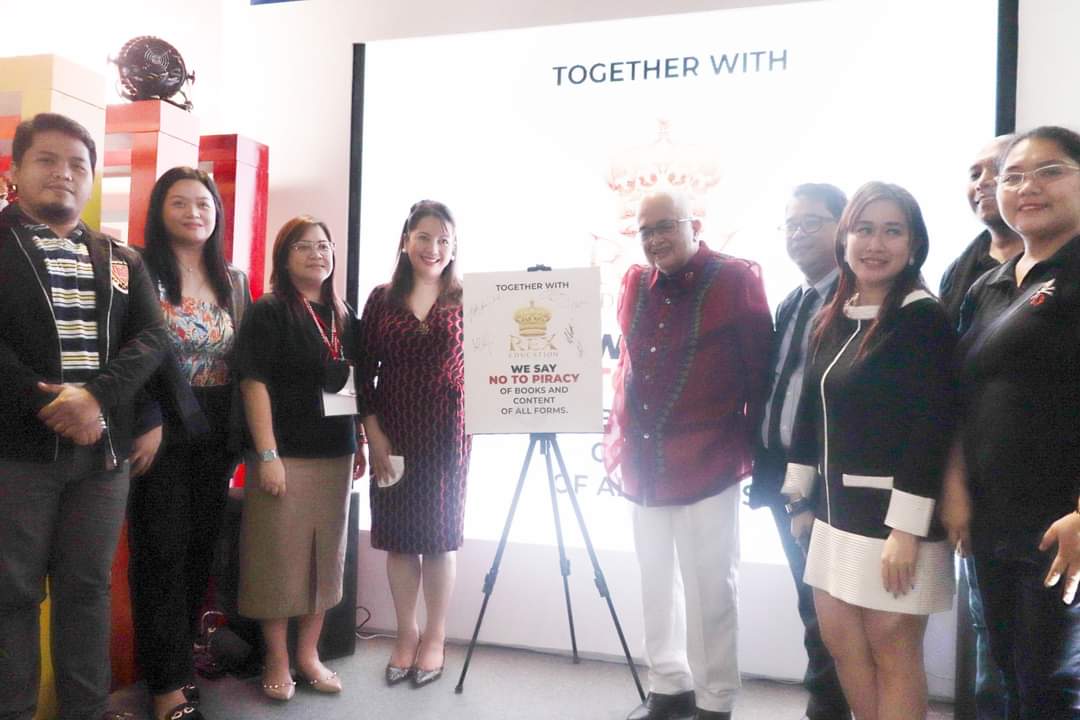 Rex Education launched its anti-piracy campaign to continue educating Filipinos about the damaging effects of piracy on authors and publishers. Rex also encourages consumers, who have become ubiquitous keepers of knowledge in this digital age, to help stop the illegal reproduction and distribution of books, e-books, audio books, and all other learning tools and materials.

The movement aims to protect the hard work and talent of creators, and ultimately create a ripple effect in strengthening the respect for published materials to keep the publishing industry thriving.
“Time, effort, money, and hard work go into every book that comes out of REX’s printing house. Hundreds of authors and thousands of employees are sustained by the learning materials we produce. Piracy is a crime. Piracy is disrespectful to authors, editors, artists, and the publishing industry as a whole,” said Jeanne Tordesillas, chief marketing officer of Rex Education.
No to book piracy; respect creativity
MIBF 2022 showed a strong confluence of the book publishing industry, educators, stakeholders from the education sector, creators and authors, consumers, and Filipino learners. Anchoring the movement at one of the biggest and most sought-after book fairs in the country meant bringing it closer to the learners and creators protected by the anti-piracy campaign.
With the call “No to book piracy, protect intellectual property, respect creativity,” REX staged a rally around the venue with placards, t-shirts, and flyers. The staged rally gained instant attention and traction throughout the fair, leading attendees to the REX booth where the launch of the anti-piracy campaign was held.
“We would like to keep providing authors an avenue to share their talents and pass on their knowledge to the next generation. We would like to keep providing jobs to our employees and workers of the publishing industry, most especially during these trying times. We want to teach the culture of discipline and respect to the next generation, so they value what goes into every book that passes through their hands,” said Buhain during the launch. “Today, we invite you to join us. Support the local publishing industry. Say no to piracy.”
Join Rex Education in saying “no” to book piracy and “yes” to protecting creativity and intellectual property. Buy from legitimate sources; buy original. Watch and share the “Proud Ako” anti-piracy campaign video launched at the MIBF 2022, showcasing the hard work that goes behind every published book and learning material produced by REX.

To support Rex Education and its efforts to protect the publishing industry, visit www.rex.com.ph.